Is React Native or Native App Development the Right Choice? 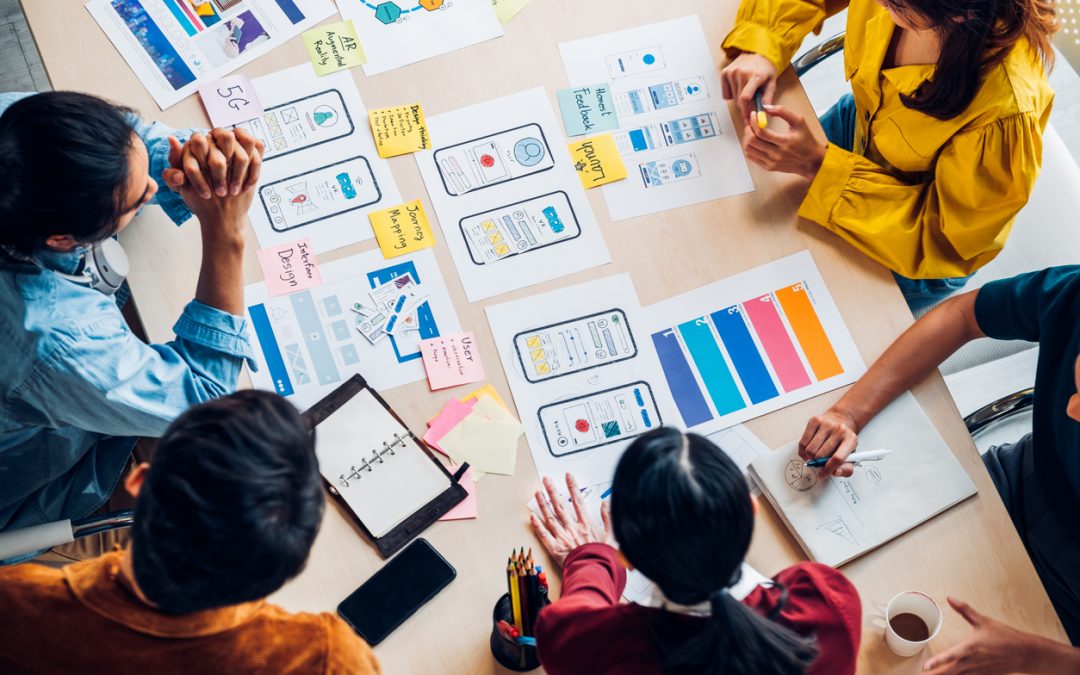 Now that you have decided to create an app for your business, which app development platform should you choose: React Native or Native? It’s vital to get your app on both iOS and Android to maximize your reach, so the most effective way is to go for an application that works seamlessly on both platforms. This is where React Native comes in handy.

If you’re weighing up React Native or Native, let’s help you make an informed decision before you go ahead and hire react native development services.

Is React Native or Native App Development Right For Your Mobile App?

Ultimately, React Native is generally the right choice. It’s simply a more useful framework for creating and spreading your app. Of course, this doesn’t mean that Native isn’t a useful option or that you’ll never use it, but let’s go into more detail about when you might use each framework.

React Native is a framework that will allow you to create an app that works across both platforms. Basically, when you create an app on React, you can use it on both iOS and Android—this is called cross-platform development, and it works by using JavaScript.

Save Time and Money: Ultimately, React Native will save you both time and money, since you’re able to create your app on JavaScript just once before you apply it to both platforms. Reuse the same code and resources, and maintain your app that much easier since you’re only dealing with a single code. You’ll have a much quicker development cycle with roughly 30% lesser time needed.

Easy To Implement Changes: It’s much easier to make changes and update your app, or even make an app with a smaller team of people. If you need to scale your app later as it gains users, it won’t require as much work.

Open-Source: There’s even a growing developer community with React Native since it’s open-source, which allows it to become even better over time. If there’s a plugin you’re missing right now, it might be in development soon. If there’s a problem you’re struggling with, there is often others who have dealt with that problem and who can assist you in making the development process as smooth as possible.

Great User Experience: The most crucial part of any app is user experience, so what will your users experience when using React Native?

Basically, they’ll see a smooth app that feels more natural to the user regardless of whether they’re using Android or iOS. This is true even if you’re making updates to the app, which you can do in real time without interrupting what your users are experiencing. That’s because React includes hot reloading and live reloading, which ensure that your users can see changes in the code in real time.

This is something else that will save you a lot of time, not to mention that your users won’t have to struggle with the app either.

React Native is still being worked on, so custom modules aren’t available yet, and you might find issues with functionality. If you rely on a particular plugin or you’re having a specific problem, you might find that it’s somewhat tricky for you to get it fixed as quickly as you would like.

React Native developers might find issues with compatibility and even some debugging tools as it’s still developing.

Native is another form of app development; it was made before React Native, but isn’t the previous version of React Native. It works differently by providing platform-specific building tools, so it won’t necessarily work with one code across multiple platforms.

However, it does have other benefits that might come in handy.

Access to Full Features: You can’t use Native across platforms, but using it specifically for each platform will allow you to gain access to all of the capabilities of any underlying device. This means that you can make your app very specific to the type of platform that you’re creating it for.

You might even find that you have access to new features on iOS or Android quickly, which will allow you to better create a mobile app that people will enjoy using.

Better Support: You can get individual` support from iOS and Android on your applications, which can lead to a quicker fix than if you were using a cross-platform framework.

More Control: Ultimately, you have more control over your code. You’ll need to write the code twice, but you’ll be able to consider each more individually depending on the platform.

Excellent User Experience: Developers have more control over the UX of the mobile app; the app is often more responsive and intuitive. Native mobile apps specifically cater to an operating system and uses the device’s interface. This makes the entire experience more natural and seamless, since the app feels like it is integrated into the device.

The biggest drawback of Native is simple: it isn’t a cross-platform. You need to create your code for both Android and iOS, which means that you’ll need two development teams, two codes, two testing periods, and so on.

Basically, all of your work will be doubled, and you need to continue to double your work as time goes on. In addition, you will need to spend time to update both platforms at the same time.

This takes a lot more planning because you won’t want to update Android before iOS or vice versa. In addition, everything must be kept in sync and coordinates, which will require a lot of time and money on your part compared to a cross-platform app like React Native.

When is Native App Development a Good Choice?

Ultimately, you already know the big difference: that React Native is made to be a cross-platform framework. This means that you can build the iOS and Android on just one framework without struggling with UI/UX.

This won’t work when you want to build custom UI components like more controls or settings, and this is what Native is for. Native provides you with a better UI/UX code and lets you customize your mobile app even further.

React Native will generally be the best choice for most mobile apps, if only because of the time and money it saves, not to mention the cross-platform integration. However, there are situations where Native might be better.

For example, if you’re developing a complex application like a messenger app or building something with a lot of images and media associated with it. You may even want to rely on Native to make the mobile app specific to the platform instead of creating one code that will apply for both types of mobile apps.

Think about it like this: you want the native user experience to improve. So, you might be relying on specific features in either iOS or Android like a brightness controller or some videos playing in the background.

You will also have to update the code for both platforms simultaneously so that neither iOS or Android falls behind.

When it comes to mobile app development, you can’t go wrong with React Native. This framework is made to allow your code to work seamlessly across platforms since it works entirely on JavaScript. You will be able to enjoy all the benefits that come with it, including a faster development and time-to-market.

If you want a cross-platform framework, React Native won’t disappoint. After all, there’s good reason why many of the world’s biggest companies are using React Native for their mobile apps. There are situations where Native will work well, like if you’re only releasing your app on one platform. If you’re still unsure about which is better, don’t hesitate to contact us and we’ll be happy to offer our advice.