What is React Native – A Guide to Understanding the Framework 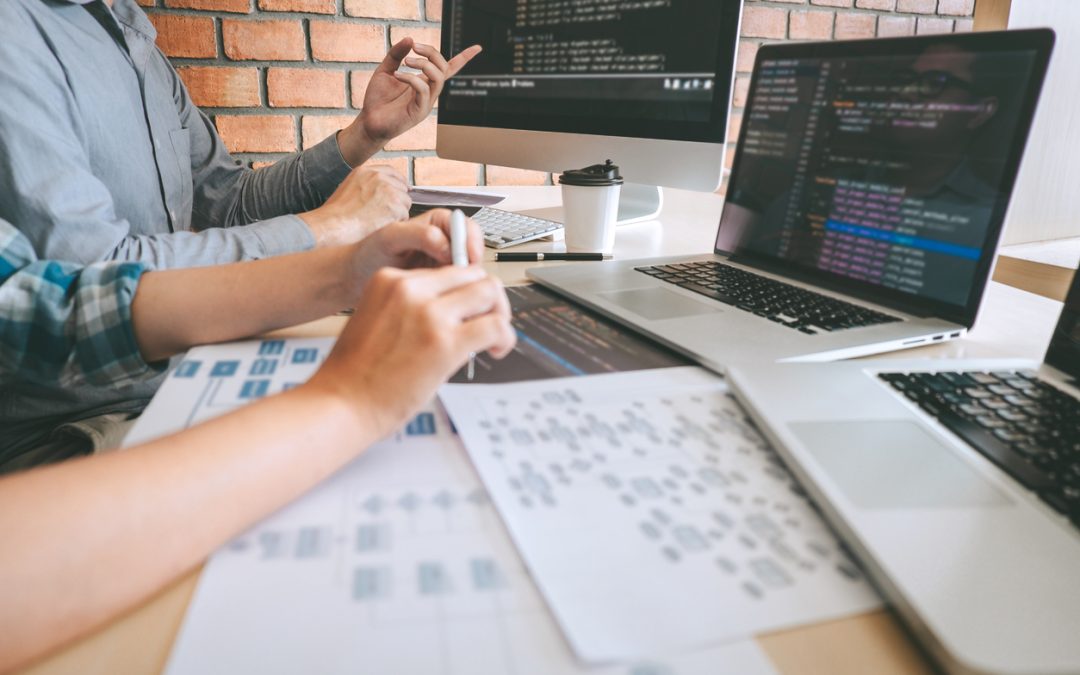 React Native has been thrust into the spotlight as more and more programmers turn to it for their projects. With the ability to create both iOS and Android applications from one framework, it makes designing new apps easier than ever.

But what is React Native, and why is it so popular? Learn everything there is to know about React Native development in our guide below.

React Native is a Java-Script based framework that allows developers to create iOS and Android mobile apps simultaneously. It uses the same codebase for both types of apps and makes development easier for those looking to launch their app across both platforms.

Originally released in 2015 by Facebook, React Native was an open-source framework project. After only a few years, though, the program was being used for some of the world’s top mobile applications such as Instagram, Facebook, and UberEats.

With React Native, developers are able to use one code for both iOs and Android platforms. This saves developers a lot of time that would have otherwise been spent rewriting iOS code into something that could be used by Android and vice versa.

React Native does wonders for front-end developers. Before its development, they were previously only able to use web-based technology

Many people think of React Native as just a new release version of React. While both are used for front-end development and React Native does rely heavily on React, that’s about where the technological similarities end.

Both platforms use JavaScript and JSX, but the way that they render both languages is different. In React, you’ll see JSX rendered as <h1> and <p> while in React Native, the same JSX will be rendered as <View> and <Text>.

These two frameworks, although similar, are used by developers to meet different goals and serve two separate purposes.

How Does React Native Work?

Thanks to React Native’s use of two languages and a bridge, it’s able to provide cross-platform development for iOS and Android.

Updating your document object model (DOM) is generally very time-consuming and slow. This is mostly because JavaScript updates the DOM all at once, which makes things run even slower.

With the use of a virtual DOM, React Native relies primarily on a lightweight copy of the original DOM. React first updates the lightweight copy. Once this is done, it searches for any differences between the original and the copy. If it finds any, it updates that particular section rather than the whole DOM. This makes updating your DOM much quicker and easier.

React Native uses both languages, though most developers tend to stick with JavaScript while working on a project. However, JSX comes in handy when creating a UI within a JavaScript framework, so it’s a nice advantage to have.

When you’re able to reuse the same code for both iOS and Android devices, it shortens the development time by a significant amount. Rather than having to translate or rewrite the code of an entire application, React Native allows developers to use the same code in the same format for either platform. This doesn’t hinder the app’s performance, either.

React Native started as an open-source project, and in the past years, it’s developed quite a large community of developers. As a framework that’s free and accessible to everyone, you’ll find over 50,000 developers who are willing and able to help if you get stuck or have a question about the framework.

With such a large active community, React Native continues to grow and improve.

Since React Native is fairly straightforward to use and can be used to develop iOS and Android, so you’ll spend half as much on a project. Instead of hiring two teams to work on your app―one for an iOS version and the other for an Android version―you can pay one team to build both.

Smaller teams are able to complete a large project with the use of React Native because it’s much more efficient. Without needing to rewrite entire programs and apps, the team can work quickly and finish a project cost-effectively.

Apps that are developed with React Native run very quickly, so you won’t have to worry about your mobile app lagging or struggling to perform. The average user won’t notice any difference, even as JavaScript apps have a reputation for being slower than native apps.

Some people worry that because React Native became so popular so quickly, it won’t be around for long. Due to how versatile and time-saving the framework is, though, this is a minor concern. For the foreseeable future, React Native is likely to continue being a top-performing framework and the number one choice for mobile app development.

Where Does React Native Need Improvement?

Just like with every framework and technology, React Native is not perfect. There are definitely aspects that could be improved, and before diving into a major project, it’s important to understand what these downfalls are so that you aren’t caught off guard or delayed during the process.

Unfortunately, there are only a few custom modules allowed in the framework. Some of the modules that do exist can certainly be improved, while others are missing entirely, so you’ll need to write them yourself.

React Native is only seven years old. It’s still in beta. For developers who aren’t familiar with the system, this could mean they struggle to use certain debugging tools or have a hard time making the app compatible. As such, it’s important to hire experienced React Native developers like us to avoid these issues and get around them efficiently.

No matter what your project is, React Native is a framework that can meet your needs. It’s versatile, robust, and efficient. Here are some solutions that our professional React Native team can build using React Native.

Take advantage of React Native’s cross-platform capabilities and build mobile apps for your business. Whatever industry you work in and whatever type of solution you need, a hybrid app is made possible through React Native.

Need a fully custom solution or mobile application for your company? React Native is a perfect way to do so. With professional developers on your team, create the perfect custom solution.

Whether you want to develop an Android app, an iOS app, or both, React Native is a great way to go. The process of building your app is easier and smoother, resulting in a more efficient development process and a more cost-efficient project.

Maybe you already have a React Native app but need someone to maintain it or offer up technical support. Our expert React Native team is more than willing to offer advice, maintain your application, and help when you need it.

React Native is a powerful framework for developing mobile applications for any reason. To get the most out of the framework, it’s vital that you hire a professional and experienced developer to take on your project.